Our students were encouraged to wear orange over their uniforms, they met in Family Groups and participated in a group project known as Project Connect, which joins students to make a powerful statement about uniting together against bullying.  Each student received two strips of paper, blue and gold.  On one strip they wrote what they do to help make the school a safe place for others.  On the other, they wrote a quality that makes them unique and proud of who they are as individuals.  Each strip was turned into a chain, combined with another, resulting in one long chain to visually represent the power of uniting for a common cause.  The message received was “even though we all are different, we are united together as part of this school and community.” 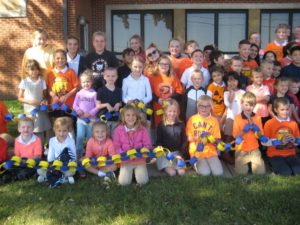 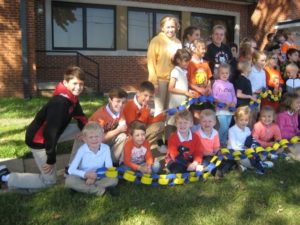